The WordPress.com stats helper monkeys prepared a 2015 annual report for this blog. 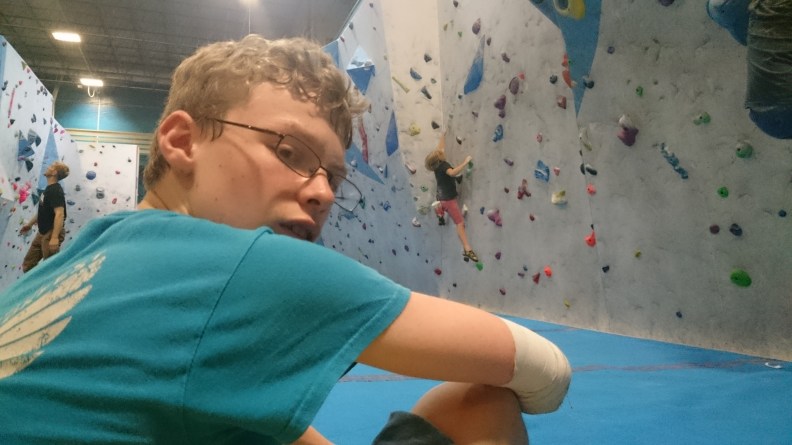 A San Francisco cable car holds 60 people. This blog was viewed about 1,300 times in 2015. If it were a cable car, it would take about 22 trips to carry that many people.

2015 has been a fantastic year, a number of first’s and some big achievements. For Matthew climbing has taken off and 2016 looks to be even a bigger year. But to reflect on few key events of the past year. END_OF_DOCUMENT_TOKEN_TO_BE_REPLACED

ParaClimbing Series 2015 comes to an end

Saturday 5 December saw the last round of the BMC ParaClimbing Series 2015 held at the Manchester Climbing Centre. As all the familiar faces gathered and I met up with old friends a few new faces were also amongst the competitiors. END_OF_DOCUMENT_TOKEN_TO_BE_REPLACED

The penultimate round of the series and it was a wet monring as we got on the Metro to the climbing centre. Newcastle Climbing Centre was the destination for this one and on arrival a few of the regular Paraclimbers were around.  END_OF_DOCUMENT_TOKEN_TO_BE_REPLACED

A Short Film by Teri Limongi